Yes, Alan Rickman beloved actor and human has passed. I am, like many others, pretty bummed about it. It’s been a rough time lately for creatives, several people that we look to for inspiration have passed away recently. So, it got me thinking. Let’s start inspiring each other. I do a lot of reevaluation each week for my own life and pursuits. I am slowly crafting the way towards being able to actively pursue my artistic goals on a regular basis. It takes time to do this, and time is the most valuable asset we have. Of course, the world might have you believe otherwise.

As a 28 year old, I’ve been told many times throughout my twenties, in regards to my artistic pursuits:

They get darker…but I won’t get into that. The answer to that last one by the way, if you have any actor friends, is always yes.

But, honestly I’ve never fully bought into the idea that this is a race to the finish. I see way too many examples of people who started late, started smaller, or just waited until they were good and ready to really pursue their dreams and still made a successful run in their pursuit. I say all of that with a caveat, I am constantly worried that I missed my chance or that the window of opportunity has already closed because of that same advice people have given me for so long. Also, even though we like to tout as a society that there’s a focus on “hard work” in this country, our media tends to focus on the new, the fresh, the unique, the young, the “overnight success”, and the “daring”.

You’re much more likely to hear a story about the mid-twenties pop artist who suddenly rose to fame, and spent a few months on the streets during their struggle, than the mid-thirties actor who has finally started landing the roles they deserve after a decade or more of endless auditions, paying off massive education debts, working a full-time day job, developing a family life, and being a decent human being. That’s not a glamorous story, but it’s the one that really counts in my book. Because it’s real. It’s everyday. It’s relatable. 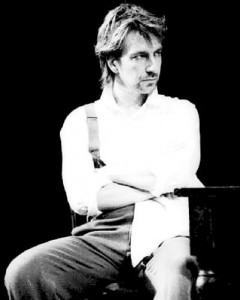 That brings me to Alan Rickman. He began his training a bit late. He worked his ass off over the years. And, his big break didn’t come until much later. Mr. Rickman went to college to become a designer because at the time, “Drama School wasn’t considered the sensible thing to do at 18.” He opened a design firm with some friends out of college, and like many people who have bigger aspirations grew bored of his day job. He decided to leave his firm, and pursue his education in acting at the Royal Academy Of Dramatic Art. He went back to school at age 26, which by today’s standards is a respectable age to go to “graduate school”. Once he graduated, he plugged away on the English theatre circuit, eventually working with such prestigious groups as The RSC.

Then at the age of 39, he was cast as the male lead in Les Liaisons Dangereuses, as Vicomte de Valmont. Two years later the production transferred to Broadway, and Alan Rickman received a Tony Award nomination and a Drama Desk Award for his performance. But, that still didn’t save Mr. Rickman once the stage version went to Hollywood. John Malkovich took the role in the film version.

It wasn’t until the age of 46 that Alan Rickman finally made it to the big screen in a big way, as Hans Gruber in Die Hard. This was the start of his film career.

Now, do you have to become a household name to say you succeeded at your pursuit? It doesn’t hurt, but no you don’t. The point in all of this is that success takes time, so there is still time.

I have a few other favorites that I keep in the back of my mind, namely Samuel L. Jackson, Morgan Freeman, and Haruki Murakami. Jackson and Freeman are just amazing individuals to me for a number of reasons, including their lifestyles and incredible craft. I love Murakami’s story so much, because he didn’t even think to start writing novels until age 30. He’s a highly-decorated author, and probably Japan’s most celebrated writer, if you don’t know who he is. By the way, if you’re reading this and you haven’t read a Murakami book, do yourself a solid and go pick one up. Might I recommend Hard-Boiled Wonderland & The End Of The World or The Wind-Up Bird Chronicles to start?

You want a list of other people who didn’t get their start until later? Check this or this out.